Home / Articles / Cost of medicines a killer in developing countries 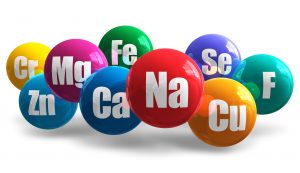 Abstract: Even essential medicines are not finding their way to developing countries…

Every seven years, hundreds of people from all over the world – academics and people involved in health administration – meet to evaluate and discuss ways in which essential medicines can be used more effectively in non-industrialised, lower and middle-income countries. The third ICIUM (International Conference for Improving Use of Medicines) was held last month in Antalya, Turkey.

Speaking on 8th December at a feedback session from ICIUM 2011, Dr Hans Hogerzeil, Professor of Global Health at the University of Groningen in the Netherlands, and the former Director for Essential Medicines and Pharmaceutical Policies for the World Health Organisation (WHO), presented an appeal for government regulation to address two of the major problems identified at the conference: the highly inflated costs of essential medicines for some of the world’s poorest communities – some by as much as 50 times the original price – and the lack of access to chronic medications.

He says that just under a third of the seven billion of the world’s population has no regular access to what the WHO classifies as 30 essential medicines. Over the years, as the pricing and availability of medicines have become more transparent, it has become evident that in non-industrialised countries the average public sector clinic stocks only a third of these essential medicines at any one time. Private sector clinics and health care centres on average stock about two-thirds of the list, but they are more expensive.

As an example, Dr Hogerzeil points to India, where government clinics provide affordable medicines, but where only 15 per cent of those clinics carry a complete stock of essential medicines. Patients often have no alternative but to take their prescriptions to private clinics where they can pay up to five times the price for their medicines.

A major concern for the WHO, and indeed for this year’s ICIUM, is the cost of medicines for non-communicable diseases (NCDs), many of which are chronic, thereby requiring long-term medication. Whereas global funding for drug development for HIV, tuberculosis, and malaria is generally increasing, many donors and donor nations do not seem to view NCDs as a developmental concern. According to the WHO, NCDs kill more than 36 million people each year, and 80% of these deaths are in non-industrialised countries. The biggest killers are the so-called “big four” – cardiovascular disease, cancer, diabetes and chronic lung diseases. They are, in his view, the “ticking time-bomb” of health care in non-industrialised countries.

According to Dr Hogerzeil, the high cost of essential medicines are not at the point of origin. In most instances, medicines needed for a year of treatment for such diseases cost less than US$6, provided they are bought as generic (off-patent) medicines. However, by the time these medicines reach the patient they have been through an informal, unregulated, and often corrupt, distribution network that can increase the price by up to 50 times the original price.

A case study of corruption

Vietnam is an example of a country that needs regulation. A study by researchers at the Vietnamese Ministry of Health has shown that medicine prices in Vietnam are unreasonably high. Disregarding exchange rates, prices to patients in government medical centres are over 40 times the international reference price for branded medicines, and 11 times higher for the lowest-priced generic equivalents.

The researchers found that the dramatic escalation of costs was caused by corruption all along the supply chain. These included informal payments to various authorities, commissions for prescribers (mainly doctors) and kickbacks to clinic pharmacies.

In addition to corruption, other forces were at work in Vietnam. A heavy reliance on international pharmaceutical products, poor market intelligence, duplication in production and distribution, too many layers in the distribution network, and inefficient or non-existent pricing policies all contributed to the exorbitant pricing.

This example, according to Dr Hogerzeil, underlines the need for non-industrialised countries to establish national bodies to regulate and co-ordinate the pricing and distribution of medicines, especially in government medical care centres.

Cambodia is an example of a country that has managed to tackle these problems. It has implemented national pharmaceutical laws and put in place severe penalties for those found guilty of corruption in the sale or distribution of essential medicines.

Without such safeguards, according to the ICIUM, outside of those millions who succumb to NCDs, 150 million people fall into poverty each year because of the high cost of necessary medications to keep them alive.