Daryl has published three books – a mini e-book, ‘Tim Noakes Chews the Fat’, published by Mampoer Shorts (which unfortunately closed in 2014) and is no longer available, and the following:

A Fox’s Tale: Insights from one of Africa’s Most Creative Thinkers 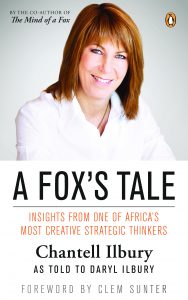 Sit down with one of Africa’s most creative strategic minds, and really get to know her and how she thinks … In this book, and for the first time, Chantell Ilbury – bestselling business author, renowned scenario strategist and speaker – tells her remarkable story. It covers her formative years in a country at war, her early days as an educator and entrepreneur, the roots of her successful partnership with Clem Sunter, and what she has learned steering the executive-level strategies of global organisations and some of the biggest names in business.

She also talks candidly about dealing with physical threat, controversy, reputational risk and the dangers of a woman travelling the world alone; and provides refreshing perspectives on entrepreneurism, working in Africa, balancing the demands of family and business, and on women in the corpo­rate working environment. A Fox’s Tale is loaded with strategic insight, yet often reads like an adventure novel, rich with humour and entertaining anecdotes. 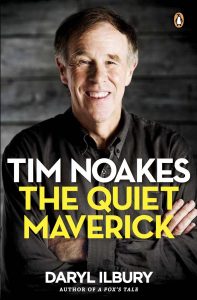 On 5th February 2014 world-renowned scientist Tim Noakes fired off a tweet into a highly volatile media space; the fallout threatened to destroy his career. This is the untold backstory.

Veteran journalist and writer Daryl Ilbury unveils, layer-by-layer, a combustible mix of ignorance, suspicion, and academic wrong-doing, played out in a highly-disrupted media space, where consumers demand snappy answers to highly complex questions. It’s the story of society’s historical distrust of science, the fractious relationship between science and mainstream media, the intricacies of human nutrition, and the brutal fallout when a soft-spoken scientist with a taste for social media and a flair for challenging convention voiced his maverick opinion.

It features exclusive interviews with Noakes, as well as with people who have worked closely with him, including former Springbok coach Jake White, polar swimmer Lewis Gordon Pugh and the man entrusted to write Noakes’s biography; as well as award-winning journalists and fellow scientists and academics, some of whom now consider Noakes dangerous and out of control.