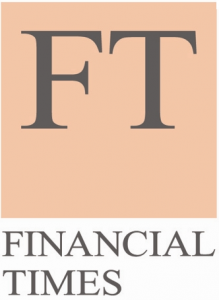 Abstract: A global downturn in funding is threatening research into neglected diseases…

Potential new treatments and vaccines for diseases including malaria and tuberculosis may never reach patients because of a downturn in international funding for research into “neglected” diseases, a new study has warned.

After 10 years of steady increases, global support for research and development for innovative drugs, vaccines, and diagnostics that largely affect the poor in developing countries fell by 4 per cent to $3bn last year, according to the G-Finder report produced by Policy Cures, a non-profit group.

The drop threatens a number of research programmes that have entered clinical trials in humans and offer considerable promise to improve prevention and treatment for up to 31 diseases.

Mary Moran, the organisation’s director, said: “It’s time for governments to step up to the plate, otherwise we risk losing a decade of investment that is on the verge of delivering badly needed new medicines and vaccines for the developing world.”

Mel Spigelman, head of the TB Alliance, said public funding was “evaporating at a time of tremendous opportunity” when researchers were “on the brink of delivering potentially revolutionary new treatments for tuberculosis”.

The Department for International Development, the UK’s aid agency, was the only government donor to increase funding in 2010, which rose to $97m, reflecting the ruling coalition’s pledge to maintain support to developing nations.

The pharmaceutical industry collectively contributed a growing amount of cash and support – estimated at $500m – which boosted its proportion of the total to 16.4 per cent towards projects that have little prospect of generating any commercial profit. In 2009, it contributed $419m.

For the first time, corporate funding outstripped the contribution of the Bill & Melinda Gates Foundation, at $456m, but was still significantly behind the top supporter of neglected diseases, the US National Institutes of Health, which contributed $1.2bn in 2010.

HIV, tuberculosis, and malaria accounted for over 72 per cent of funding, although that proportion has fallen over the past four years from 77 per cent. Far smaller amounts went towards tackling diseases such as leprosy, Buruli ulcer, and trachoma.